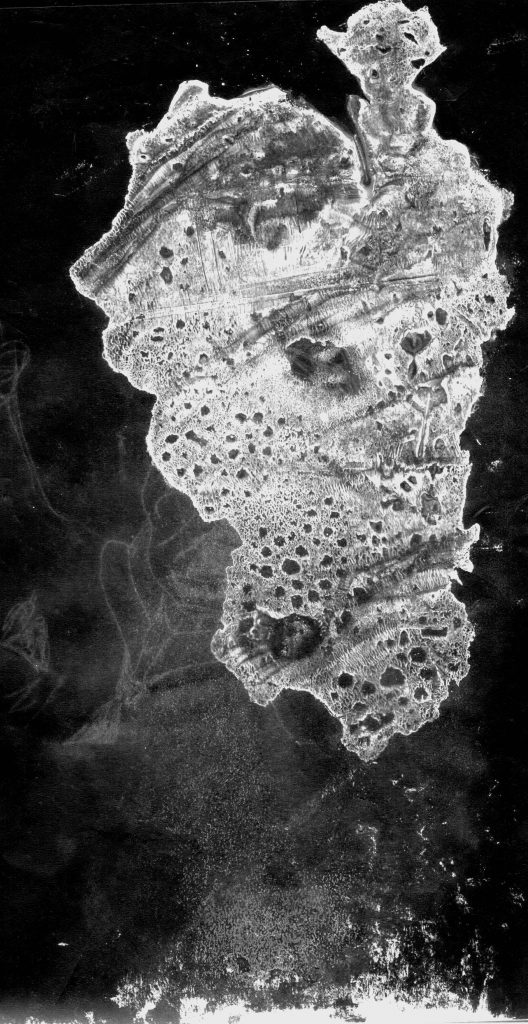 The Magic Flight | A travel across altered states of consciousness

Collecting is an ancient form of violence. It is an obsessive search for divergence in the world of recurrence: a collection of the configurations of possibles occurring in the wide spectrum of similitude. It selects, holds and shows ethical-aesthetical relationships by forcing elements that are distant in space-time to live together.

The Magic Flight is a travel across altered states of consciousness. It is the trajectories of this travel: a journey that originates a psychedelic map, which four-dimensional coordinates cross the materialites holding them and from which they emerge. The Magic Flight is not a collection and exhibition of works of art. Rather it is the attempt to draw a dynamic and metamorphic map of the practices and narrations of different declinations of consciousness, of the non-human relationships these are capable of producing. Each object is a prism from which specific trajectories departs and arrives, diagramming trajectories that are historical and cultural, as well as being ludic, magic-religious, therapeutic and physiological.

These declinations, practices and relationships are materico processes. They are embodied and embedded, intrinsic encounters of (su/o) bject (s). They are the becoming-‘other’ we do not usually consider in creative and generative terms but as degenerations, modifications or deprivation of power. A series of becomings that are often presupposed as destructive events in, and through, which alteration is not a flywheel of diversification and experimentation but a degradation of anthropomorphic and ego-morphic, productive and profitable, Consciousness: the only, pure partner through which we learn to communicate and interact.

The project offers a historical-anthropological overview on the uses and practices that are directed to the alteration of states of consciousness, highlighting the roles and social values that different cultures have attributed to such experiences. It is an original and attractive occasion to comprehend and encounter nature-cultural alterities with the aim of promoting tools to prevent and sensitise citizens, in particular young people, to the use and abuse of tobacco, alcohol, and psychotropic drugs